Day laborers are among the most vulnerable and exploited groups of workers in our community. Without formal work arrangements, employers often violate day laborers’ rights, including not paying the minimum wage, not paying the full amount owed, and not providing required health and safety protections. Workers who gather outside are unprotected from heat and cold, and often face harassment from police and neighbors.

In the summer of 2005, DC Jobs with Justice began to be involved with day laborers who gather at Home Depot and other smaller sites around the city. We began by convening a committee of organizations and individuals to provide support and technical assistance to workers in forming a voluntary association, the Union de Trabajadores de Washington, DC (The group later renamed as Trabajadores Unidos de Washington, DC). Together we held volunteer-led English classes and Know Your RIghts sessions at day labor sites, hosted meetings of workers, and provided trainings and workshops. In January of 2008 DC JWJ was able to hire a Day Labor organizer to increase the capacity and organizational stability of the Union de Trabajadores.

In January of 2009, members of the Trabajadores Unidos de Washington, D.C. launched their first campaign against wage theft to address unpaid or under-paid wages, one of the issues workers identified as most pressing. Workers spent two months analyzing their own experiences to develop an understanding of the problems and to identify a first campaign target: the DC Office of Wage and Hour, which is supposed to recover stolen wages. Workers developed a comprehensive list of demands to make the office more effective at protecting them. Together we also planned a community education campaign among faith and union allies to gain support for the demands. After a series of actions during the spring of 2009, workers won a commitment from the Office of Wage and Hour to implement most of their proposed reforms. In March of 2010, a Workers’ Rights Board hearing on Wage Theft increased the profile of the issue and exposed how wage theft impacts workers in a variety of other sectors, such as security, cleaning, restaurants, and hotels. The hearing resulted in a comprehensive list of policy recommendations for combating wage theft.

The Trabajadores Unidos continued to grow and empower workers. Together we also began developing new tactics to recover stolen wages, including documenting cases, contacting the employer to issue a direct demand, and then escalating with community and worker delegations and actions on employers. Trabajadores Unidos continued taking cases to the Office of Wage-Hour in order to monitor how the Agency was improving and identify on-going problems. We also began to explore other avenues for recovering wages, such as taking cases to small claims court and taking direct action against employers. This work laid important foundations for the Wage Theft Amendment Act of 2014.

As DC JWJ marks our 20th anniversary, your gift will ensure continued advocacy, organizing and coalition building to advance economic justice for poor, working families in our Nation’s Capital. 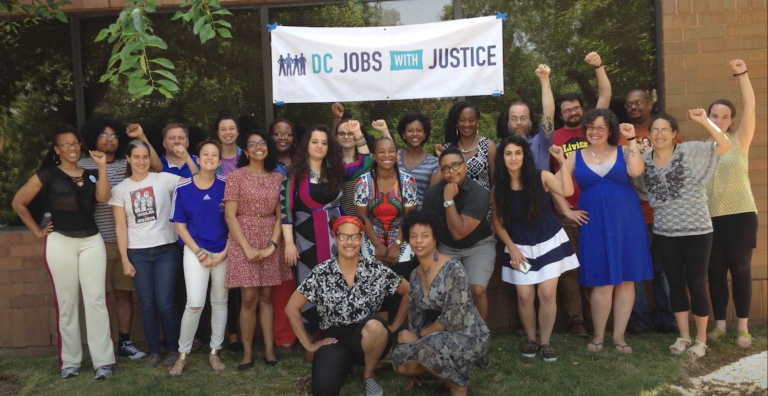 We don’t have identities in silos 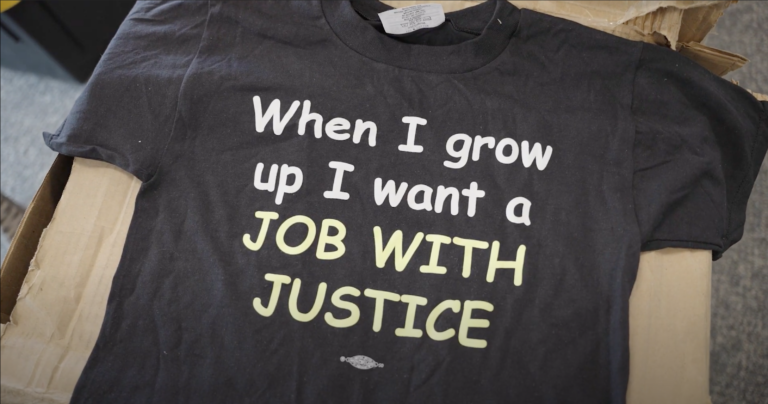 Building power from fight to fight 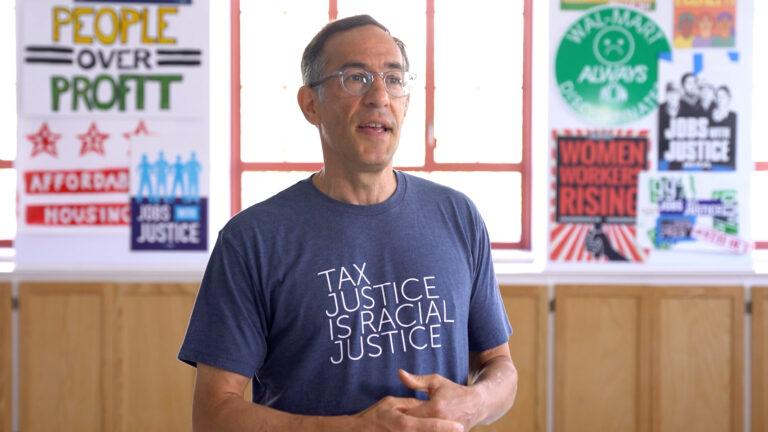 To stop gentrification, fight for and with workers

Make a gift today to help ensure our next 20 years!